Hughes, 43, was driving a truck over train tracks in Raymond, Ill., on June 16, when the incoming train struck the truck on the passenger side. Hughes, the UFC Hall of Famer, was airlifted to HSHS St. John’s Hospital in Springfield, Ill., where he has been treated since. 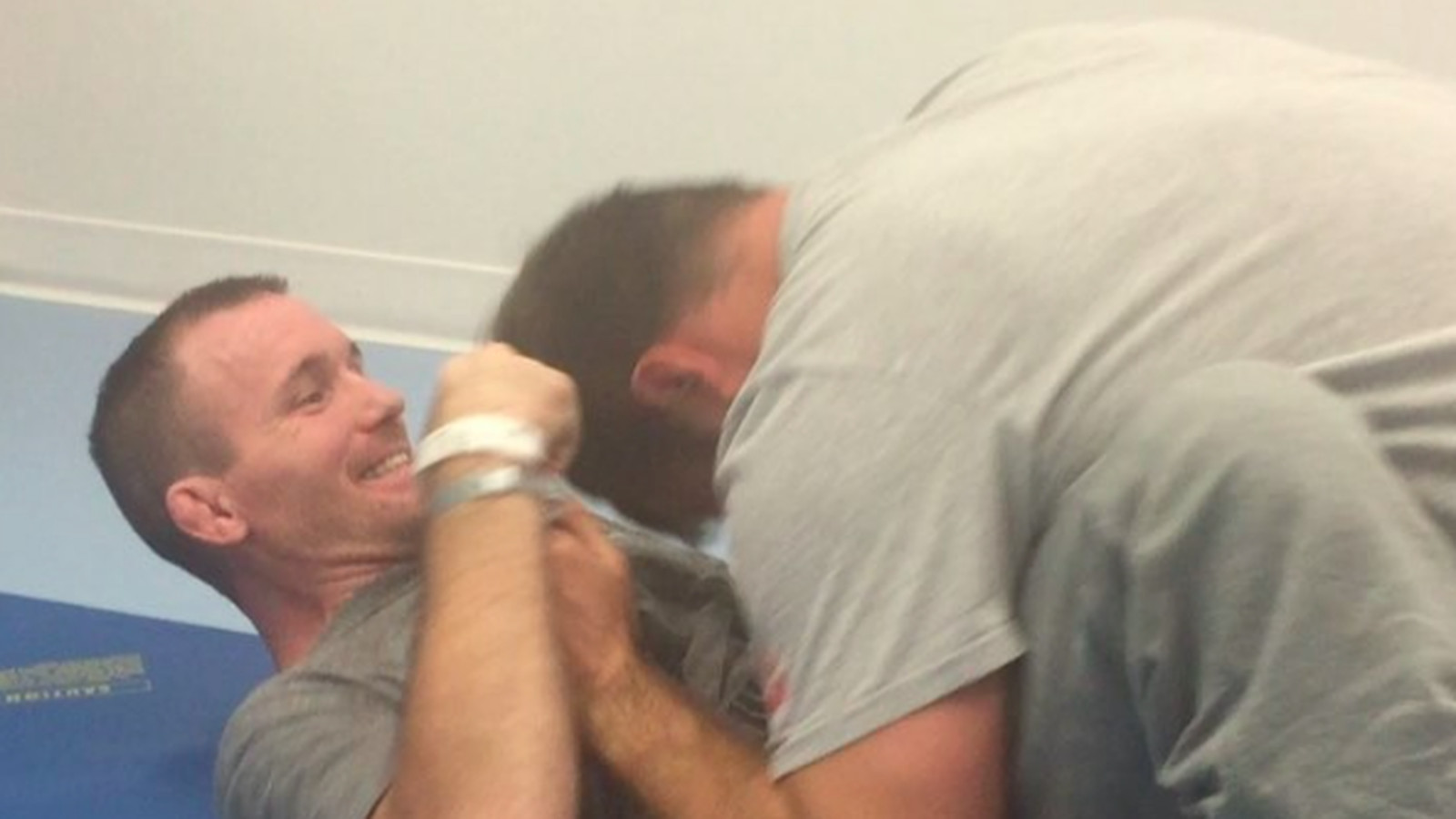 In an “unbelievable” show of progress, UFC legend Matt Hughes is able to train a bit of Brazilian jiu-jitsu just two months after a truck-train crash.