“I wouldn’t say I’m at 10 because I don’t make a living competing in jiu-jitsu only, but I’m always training jiu-jitsu, reading, training and watching videos,” Aldo said. “I wouldn’t say I’m (bad) also. I’ll be humble and say five [laughs]. Who knows, we might surprise people there.” 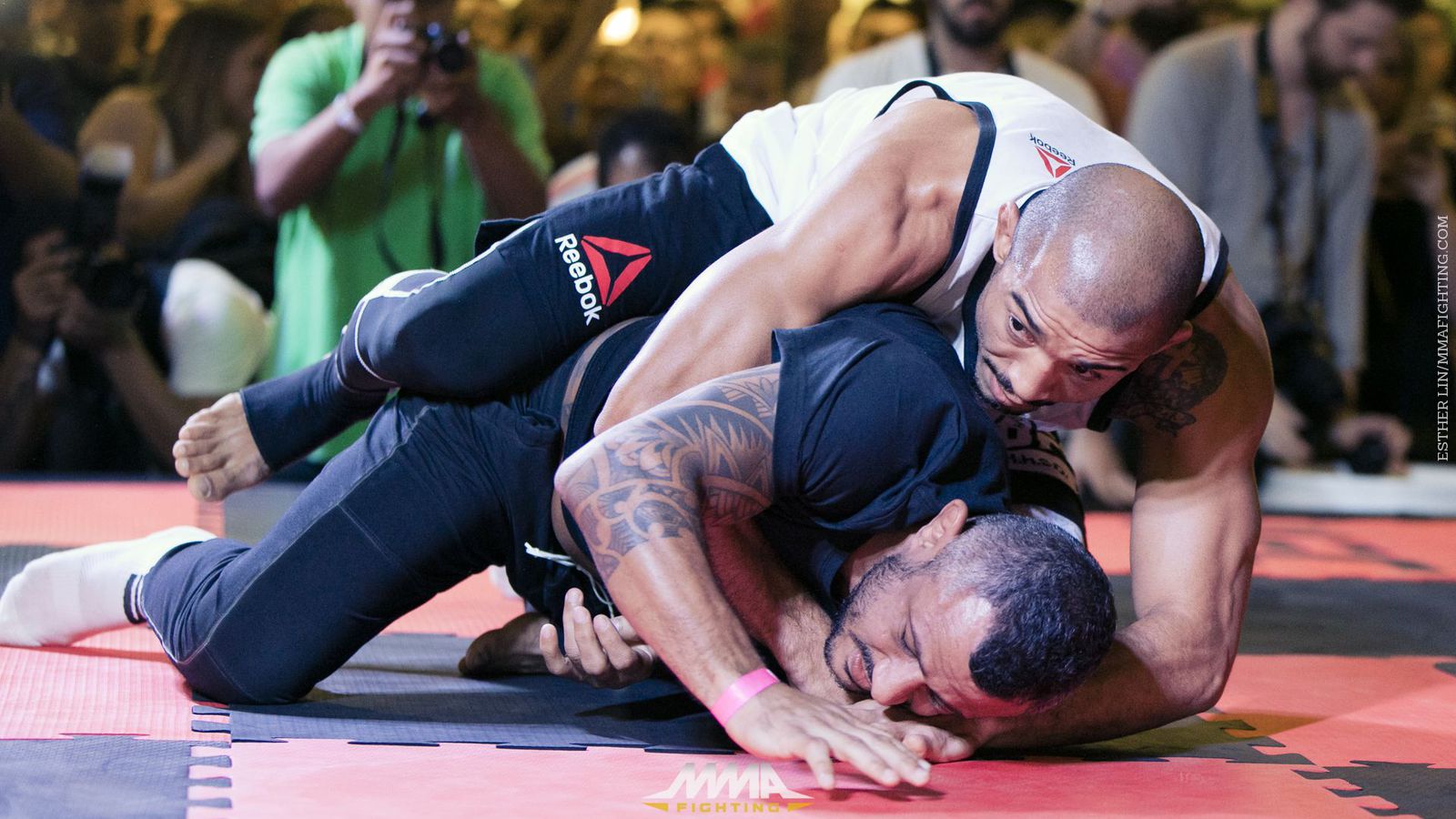 Thirteen years later, Jose Aldo is out to ‘have fun’ in jiu-jitsu tournament

Jose Aldo moved to Rio to become a jiu-jitsu champ, but ended up starting a career in MMA. More than a decade later, he’s back to the mats.