LAS VEGAS — With the location intact, Khabib Nurmagomedov attempted to settle his grudge war with Conor McGregor at UFC 229 on Saturday and did everything he said he would in the lead-up. Nurmagomedov (27-0) relied on his superior grappling skills to maul the former champion on the ground and defend his UFC lightweight title via fourth-round submission at T-Mobile Arena in the biggest fight in UFC history. 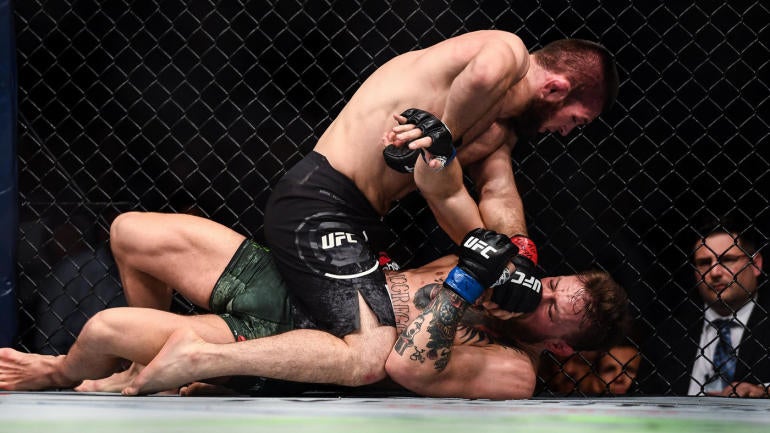 Khabib Nurmagomedov retained his lightweight title via submission, but that was just the start